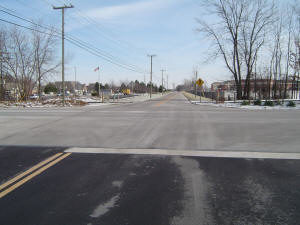 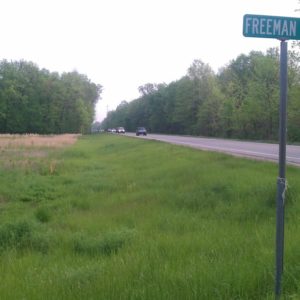 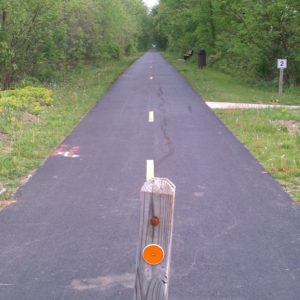 The project will include construction of left turn lanes on State Route 3 at Freeman Road, and installation of a new traffic signal. The existing Genoa bike trail will be realigned at the intersection and pedestrian signals and crosswalks will be added to cross Freeman Road and State Route 3. This project is a cooperative effort between Genoa Township, the Delaware County Engineer and Ohio Department of Transportation.

Genoa Township identified this intersection as a possible site for improvements after receiving resident complaints regarding intersection safety. Genoa Township requested the assistance of the Delaware County Engineer to investigate the safety of the intersection. In 2007, the firm of ms consultants, inc. was hired by Delaware County to conduct an intersection safety and traffic signal warrant study of this intersection. This study concluded that a traffic signal and turn lanes on State Route 3 were warranted using criteria established by the Ohio Manual of Uniform Traffic Control Devices and the ODOT Traffic Engineering Manual.

In 2008, Genoa Township requested that Delaware County Engineer’s Office (DCEO) begin engineering on improvements to this intersection. ms consultants, inc. of Columbus, Ohio was selected by Delaware County to perform environmental studies, preliminary engineering and final design for the project and was under contract beginning in January 2009. Construction plans were completed in November 2010 and the construction contract was let in April 2011.

Freeman Road will be closed west of SR 3 for 4 weeks beginning Monday, June 20 for the next phase of reconstruction of the intersection with State Route 3. Access will be restricted east of Blackhawk Forest Drive for local traffic only. The posted detour uses Worthington Road to Big Walnut Road, or the reverse.

Freeman Road will be closed east of SR 3 for 3 weeks beginning today, May 25. Crews will be rebuilding Freeman Road just east of State Route 3 as part of a project to construct turn lanes and a traffic signal at the intersection with State Route 3. Access to the Northside Fellowship Presbyterian Church and Feridean Commons be from Old 3C during this time.

Construction is scheduled to begin on the State Route 3 & Freeman Road Intersection Improvements on May 16. The initial phase of work will include installing a culvert under State Route 3 just south of the intersection, which will be done during off-peak traffic hours while maintaining one lane of traffic with flaggers.

Phase 3 will include widening the west side of State Route 3 and reconstruction of the west leg of Freeman Road. This will also require a 3 week closure of Freeman Road with posted detour using Worthington Road to Big Walnut Road. Two lanes of traffic will be maintained on State Route 3 during this time.

The final phase of work will including installing the new traffic signal and final paving of the road. All work is scheduled to be completed in mid-August.

Please contact the Delaware County Engineer’s Office with any questions at 740-833-2400.

Exhibits from the July 9, 2009 public meeting are available for download.

Construction: May to November 2011

Federal Highway Safety Improvement Program (HSIP) funds will pay for 50% of the construction cost of the project up to $512,050.

A State Capital Improvements Program (SCIP) grant through the Ohio Public Works Commission will fund up to $323,700 of construction.

Delaware County will provide $50,000 toward construction and will perform construction engineering and testing estimated at $102,500.

Genoa Township will pay for the remaining construction costs, estimated at $138,250.

The Delaware County Engineer would like to hear your opinions about the project. Please contact Rob Riley, Project Manager at 740-833-2400 or send your questions or comments to delcoeng@co.delaware.oh.us.