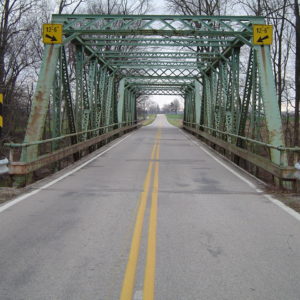 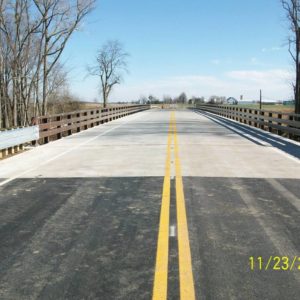 Replacement of the “Lavender Bridge” over the Scioto River. The existing bridge is structurally deficient with a weight limit of 3 tons.

The new bridge over the Scioto River is now open to traffic. Work on the $1.5 million project to replace the old 210-foot span was completed ahead of schedule and on budget.

The Radnor Road bridge over the Scioto River will be closed for replacement, beginning August 16. The posted detour uses SR 203 to Hoskins Road to SR 257, and the reverse. Construction is scheduled to be complete in early December.

$1.75 million including engineering, right of way acquisition and construction.