Project Location and Limits:
Extending approximately 1/4 mile in each direction of the intersection. 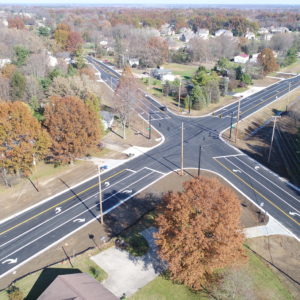 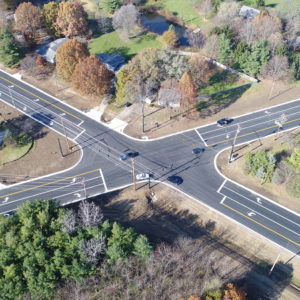 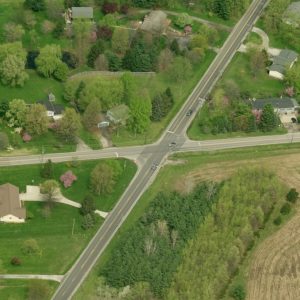 Phase 2 of the Worthington and Big Walnut Road intersection will begin on September 5. The south and west legs of the intersection will close while the north and east legs reopen to traffic. Local traffic should enter/exit the work zone from the west and south ends of the project beginning Tuesday. Overall completion is planned for mid-November.

Road construction is scheduled to begin May 30, 2017 on a project to upgrade the intersection of Worthington and Big Walnut Road with turn lanes and a new traffic signal.

Phase 2 will begin in September 2017 with a reversal of the detour. Worthington Road south of Big Walnut, and Big Walnut East of Worthington Road will be closed. Traffic will be maintained on the north and east legs of the intersection.

A map showing the proposed construction limits and closures is shown below.

If you were unable to attend the public meeting on March 4, 2014, the project exhibits can be downloaded by clicking on the files below:

The meeting will be an open house format, and you are free to come and go as your schedule allows. There will be no formal presentation. Representatives from the County Engineer’s Office and the design consultant will be available to answer your questions about the project. If you are unable to attend the meeting, the information displayed at the meeting will also be available on the Delaware County Engineer’s website.

If you need special assistance, please contact Doug Riedel, Senior Project Manager, at (740) 833-2400. Any comments you have about the project alternatives should be submitted no later than March 18, 2014 to the following:

We appreciate your interest in this project and hope you will attend the meeting on March 4.

Phased closure of the intersection totaling about 5 months.